Botched Heroics 9. Someone I Once Knew Sibling Switch Outside Help Springing the Surfer Doom's Double Cross Four in One Portale Marvel Comics.

The Fantastic Four This movie is definitely for you. I rate it. So we kicked off the summer with Spiderman 3 which was one of the most anticipated movies in history, and it was such a let-down.

Next to take the plunge was Pirates of the Caribbean: At World's End, which i just couldn't sit through. And in quick succession was Shrek The Third and Oceans Now while Oceans 13 wasn't all bad, Shrek The Third was just not great.

Walking out of the cinema i felt very elated, because this film is phenomenal. It wasn't too long, the story wasn't too complicated, the characters were all brilliantly played, the action was awesome, the special effects were great as well, the list just goes on.

However there was one thing that made this movie so great, and that was the fact that it felt like a summer blockbuster. I was sat in the cinema thinking to myself, this exactly what it was meant to be like watching Pirates of the Caribbean and Shrek and that makes this film the bar for this summer.

So lets all thank the Fantastic Four and the Silver Surfer for saving the summer for finally entertaining us and giving us something that was worth going to the cinema for.

Back then, what I found was right about it was its spot on characterization and its capture of the spirit which was FF, the bickering amongst its members as well as its theme on unity and family.

I'm surprised that I actually predicted the coming of Galactus, though some would be disappointed with his big screen appearance.

Don't kid yourself if you say that you didn't see Galactus coming. However, purists would go up in arms at the depiction of possibly one of the largest being in the Marvel Universe, which I thought was a better alternative in the movie without making it look too stupid with its ridiculous purple tin helmet.

While you might think that the movie might have too many villains, with Galactus, Doom and the Surfer well, for the most parts , and with 4 heroes in the fray, Rise of the Silver Surfer managed to maintain a breezy pace without getting too deep into its themes nor suffer from having to introduce in detail its characters.

We've already established most of that in the first movie, and the details of the Surfer and its master was just enough to enlighten new fans, while keeping older fans happy enough with its accuracy.

So it's much like the comic book again, with our family of four having to deal with first of all, the rock star like atmosphere of the marriage between Mr Fantastic and Invisible Girl, before the Silver Surfer's rude arrival causing major climate changes in cities around the world, and of course, trusting the USoA army to wanna play world police again.

This movie is not without obvious flaws though in continuity and logic in its narrative. For one, while its big action scenes take place in busy parts of the world, the crowd usually gets dispersed in record time.

I believe some parts of the action were chopped off to prevent it from being overly draggy, but therein some logic and crowd magically disappear.

Some parts too will make you wonder why doesn't the Invisible Girl just knock everyone out with her invisible projectiles, or groan that the make up artist managed to make Jessica Alba look like a fashion disaster with her unnaturally dyed-blonde hair.

She looks hot when it's all tied up, but when it's let down, I tell you it's time for some shampoo ad to do some major corporate sponsorship.

But I still got a kick out of its humorous moments not that it was so funny, but they had charm , and I can't get enough of the banter between the Thing and the Human Torch.

One thing's for certain, while the acting might not be first class, the cast of Ioan Gruffudd, Chris Evans and Michael Chiklis with the help of the suit sure looked their parts.

And that in itself, is movie magic bringing comic book panels to life. Look out too for Stan Lee, whom I think for the first time in the recent slew of Marvel movie adaptations, actually play himself!

Fantastic Four: Rise of the Silver Surfer brings back the best elements in the first movie, and provides an avenue for more of such adventures with the familiar quartet.

It's a popcorn movie, and one which entertains throughout its relatively short 90 minutes duration. And I'll stick my neck out and say it again, this is probably one of the better movie franchises that Marvel has put out so far.

Given the way things are set up, if this movie still proves to be a box office success, may I now say that we can expect to see the Mole Man next?

Norrin Radd rules! And I didn't see any Galactus helmet silhouette anywhere apart from a couple of points where I kind of almost persuaded myself a bit that I might have seen something which kind of reminded me a bit of what it might look like if it had been there except maybe I was just imagining it.

But what of the film itself? And don't expect profound subtext - there's Johnny taking on some responsibility when it counts, of course, and the Surfer fighting his "programming" in order to do the right thing, but these are simply part of the story, and not nailed up as an object lesson.

They got the group dynamic right in the first film, and that still holds strongly in this one - no messing with a successful bit of the formula.

Doom - well, I simply have to get used to the fact that the Dr Doom in these movies is an entirely different character to the one in the comics.

An OK villain, but a lightweight. And he doesn't speak with a Bela Lugosi accent. Galactus - I can cope with the cloud.

It works, in this context. The film has a cosmic menace, but it deals with it by reference to its effect on people. You get a glimpse of the cosmicness, but the people are the important thing.

The Surfer is nailed perfectly. They have captured the air of injured nobility, of tragic predetermination, in both Doug Jones' physical performance and Laurence Fishburne's voice-over.

This is Norrin Radd, in every way. And for those who raised the Chrome Surfer criticism, that's dealt with too - he is indeed silver for much of the film, it's only when he's powered up that he becomes reflective.

My parents, who rated FF1 very highly more so than the Spidey movies, and on a par with the X-Men movies will love it, my son 23 loved it, and I loved it too.

As I have never read a single Fantastic Four comment I couldn't complain about the storyline being different, or certain character be interpreted in the wrong way, no the reason I had mixed feelings about it was the fact it was poorly made.

There is no doubt in my mind that had someone like Sam Raimi or Christopher Nolan been given the directors job they could have made a better movie.

However, could they have given it the fun, energetic tone that the story requires. Honestly I don't think they could have done.

I was very much looking forward to Rise of the Silver Surfer. The trailers were brilliant, the storyline sounded interesting, and the fact that the origin storyline was out the way is always a good thing.

So does it surpass the original? Does it live up to my expectations? Yes on both accounts. Rise of the Silver Surfer is a success, it still is flawed on many ways.

But the movie is a lot better than the original and the fun tone has improved greatly. The performances seem to have improved, the storyline actually exists here, and the special effects for the surfer are spectacular.

Its surprised me that the best comic book movie of so far has actually been this, not hard really when you see that Giost Rider was an unmitigated disaster, and Spiderman 3 was overlong and dull.

Anyway, the cast here seem to have settled in nicely to their roles. I had a major problem with Ioan Gruffudd in the original, a shame as I know he is a talented actor. 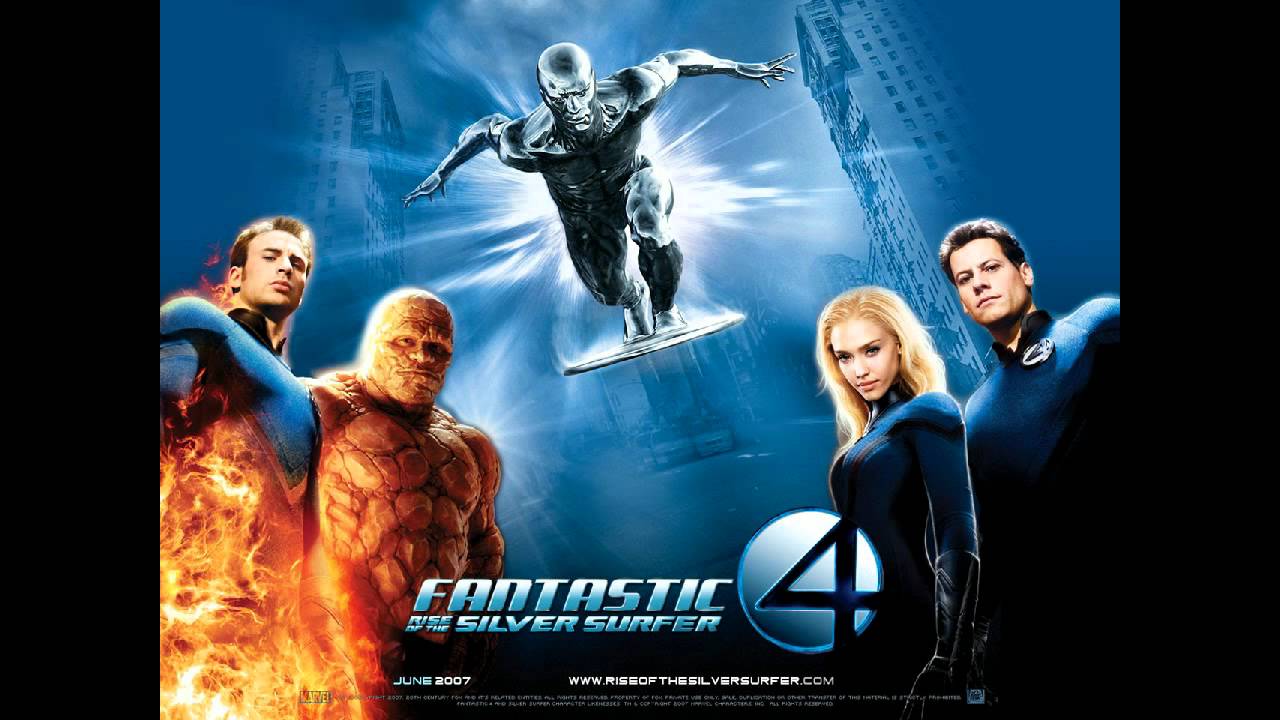